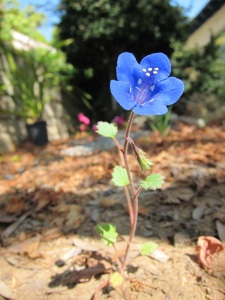 “Religion is the general theory of this world, its encyclopedic compendium, its logic in popular form, its spiritual point of honor, its enthusiasm, its moral sanction, its solemn complement, and its universal basis of consolation and justification.

Religious suffering is, at one and the same time, the expression of real suffering and a protest against real suffering. Religion is the sigh of the oppressed creature, the heart of a heartless world, and the soul of soulless conditions. It is the opium of the people.

The abolition of religion as the illusory happiness of the people is the demand for their real happiness. To call on them to give up their illusions about their condition is to call on them to give up a condition that requires illusions. The criticism of religion is, therefore, in embryo, the criticism of that vale of tears of which religion is the halo. Criticism has plucked the imaginary flowers on the chain not in order that man shall continue to bear that chain without fantasy or consolation, but so that he shall throw off the chain and pluck the living flower.”
A Contribution to the Critique of Hegel’s Philosophy of Right (1843)

My post title phrase “opium of the people” is one of  Marx’s  most misleadingly misunderstood metaphors. Often used as an example of  a “false consciousness” that keeps people from understanding their own interests.  This far to mechanical and determinist understanding yields easily, with the addition of  a few sentences, to a vastly more subtle sympathetic rendering of our social world, the struggles, and the desires that constitute it.

Bolded phrases are not simply word play but powerful examples of the dialectical thinking that characterizes so much of the broad canon, the continent of knowledge, opened by Marx’s inquiries in the middle 19th century.

All that is Solid Melts into Air

“To be modern is to find ourselves in an environment that promises us adventure, power, joy, growth, transformation of ourselves and the world—and, at the same time, that threatens to destroy everything we have, everything we know, everything we are.” Marshall Berman (1982)